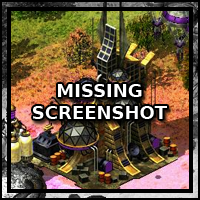 Novus Ordo is an ambitious total conversion for TS, set sixty years in the future with two totally new sides, the Iron Fist and The Order. The end intention is to replace everything from regular TS, including the interface and the terrain. Work began on the 22nd of June 2004 and the mod has a (very) playable public release.

Essentially the good guys, although they are terrorists in the eyes of The Order. The Iron First are comprised of the military forces of several different countries, all of whom survived invasion (or were simply ignored) by The Order. Although hardly as advanced, their units are sturdy and are still capable of packing a punch. Their units have an emphasis on speed and manueverability, generally being faster than The Order's counterparts. They have a powerful air force and excellently trained infantry, and are easily adaptable for any situation.

An evil, authoritarian empire who lead a massive invasion, conquering vast portions of the world. The Order take great pride in finding alternative methods to kill opponents, and the weapons that many of their units carry show this. They freeze, maim, fry, EMP and disintegrate their opponents and do it well. They generally have slower units, opting for heavier armour and increased firepower instead. The units are designed to be effective against specific types of unit or structure, instead of having minimum effectiveness against all targets. This means that The Order must use a variety of units together to be successful against any enemy.

After many weeks of slaying the armies of his faithful pet rat-thing in playtesting, and an untold amount of tweaks and bugfixes, Novus Ordo was released. The mod, in a zipped and up-to-date format can be downloaded below. It includes installation instructions.