This tag was supposed to be used on shp based vehicles with turrets(which was only ever the titan in both TS and its successor RA2) to handle the shadow frames for the turret and legs separately and at the same time, but the tag is completely defunct and does nothing.

Unfortunately SHP based vehicles with turrets can not render their turret shadow frames, though the .shp file itself expects there to be frames present for it. Observe the vanilla titan's lack of turret shadow. 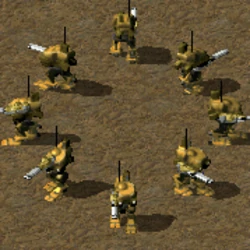